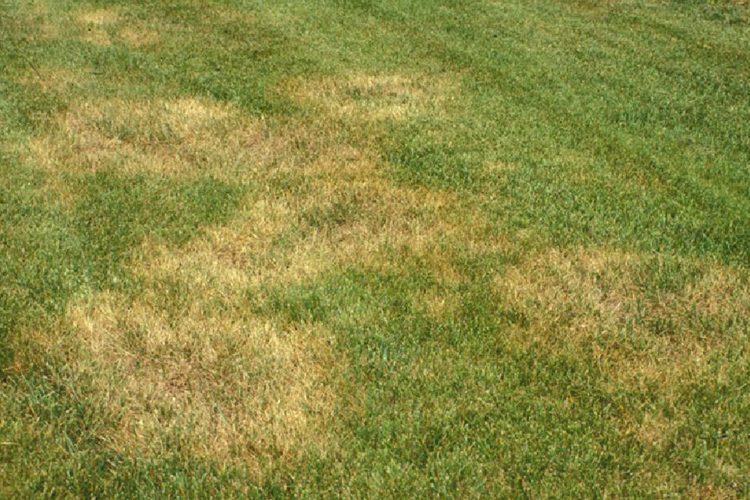 Brown patch fungus is caused by a fungal pathogen (Rhizoctonia solani) that affects all cool-season turfgrass species. It is a foliar disease that does not affect crowns or roots. Moderate to severe outbreaks can result in thin, poor quality turf that may be predisposed to algae and moss infestation. Even mild brown patch fungus outbreaks can spoil the appearance of turf greens. Brown patch fungus is really a summer lawn disease that’s caused by a fungus called Rhizoctonia. The disease begins to show growth when temperatures reach 65°, but the most active growth of brown patch fungus lawn disease occurs at temperatures of 80-85° when humidity levels are very high.

What is Brown Patch Fungus? 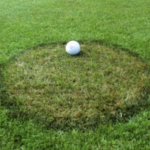 Leaf-blades within the patch turn brown after infection, while a gray-white band is normally evident at the perimeter of active patches (Figure 2). The band (often called a smoke ring) is caused by advancing mycelium and watersoaked infected leaves. Smoke rings may occur on taller mown turf like Tall Fescue but are much less evident. Individual lesions on leaf blades with brown margins occur on all affected grass species but are most evident on tall fescue (Figure 3).

•Brown patch fungus is characterized by the development of irregular, circular areas a few         inches to several feet in diameter.

•These areas will usually appear as brownish to grayish patches.

All Tall fescue is susceptible to brown patch fungus.

How to reduce the risk of Brown Patch Fungus? 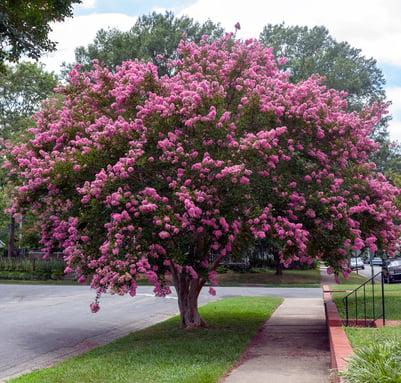 Keeping Your Trees Healthy All Year Round 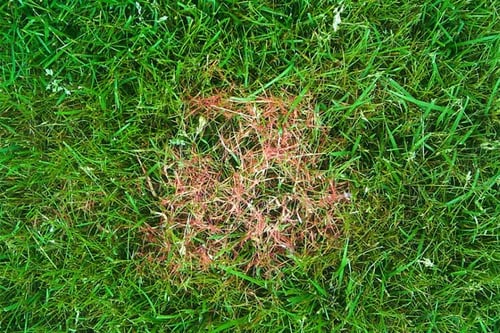 How to Control and Treat Red Thread Fungus 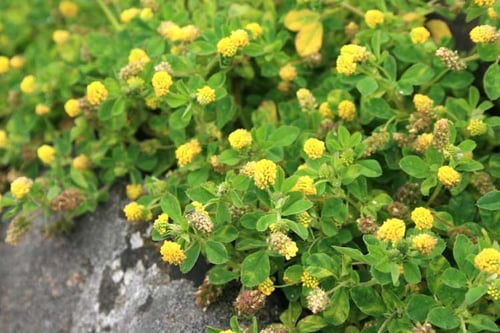 How To Get Rid of Large Hop Clover In Your Lawn 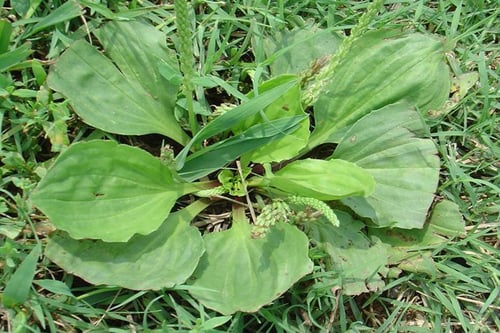 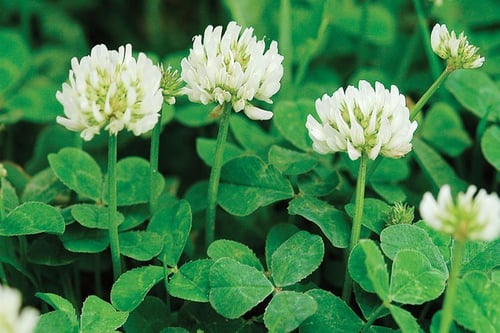 Clover Weed Prevention and How To Kill It 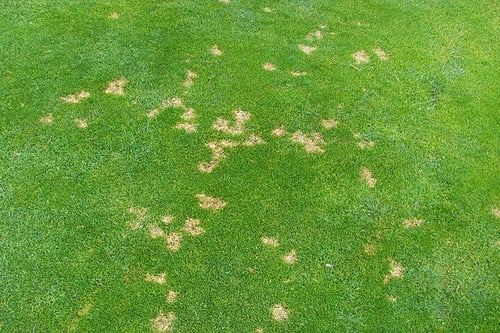 How To Get Rid of Dollar Spot Fungus 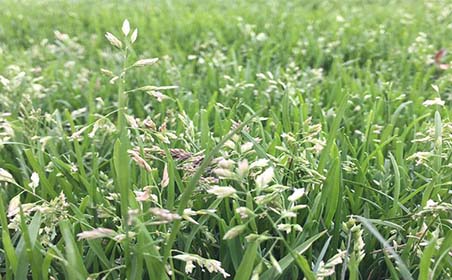 How To Identify and Treat Poa Annua in Your Lawn 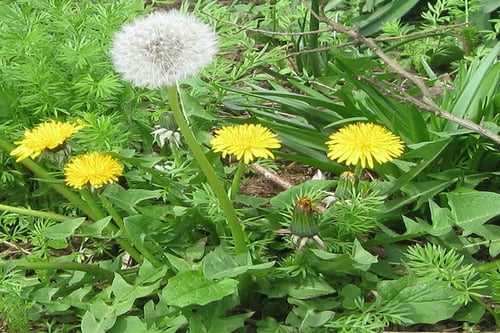 How To Rid Your Lawn From Dandelions 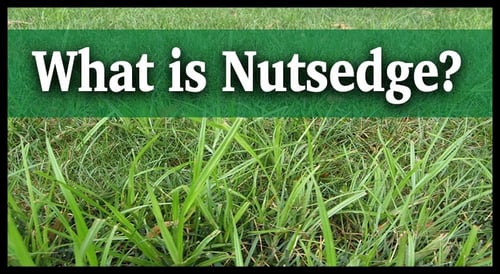 What is Nutsedge and why is it hard to get rid of? 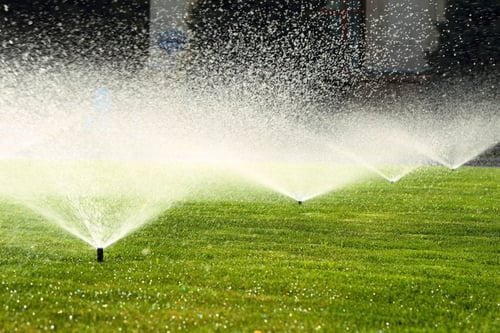 How Much Should You Water Your Lawn? 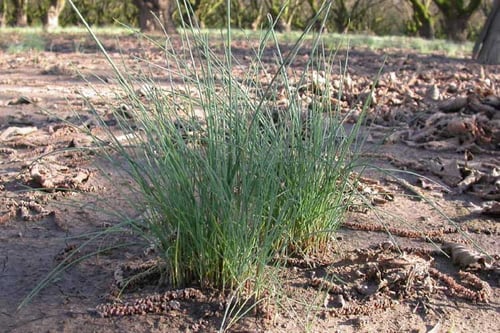 Is Wild Onion Weed Hard To Get Rid of and is it Edible? 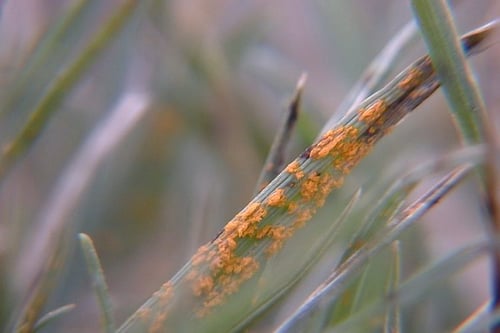 How To Know If Your Lawn Has Rust Lawn Fungus 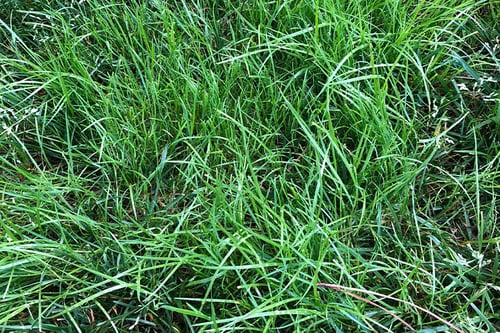 How To Identify Poa Annua Trivialis In The Lawn 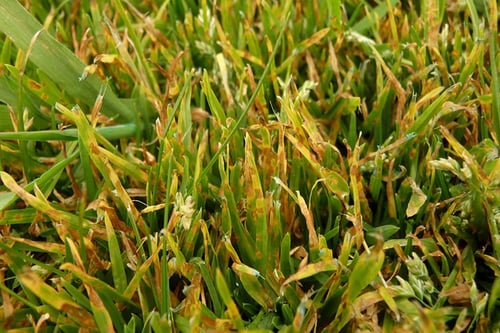 How Do I Kill Red Stem Filaree? 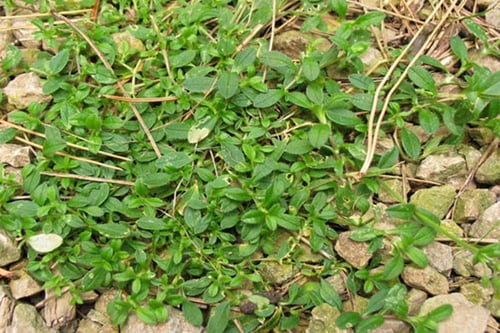 The Fastest Way To Kill Chickweed

How The Wet Weather Effects Mosquitoes? 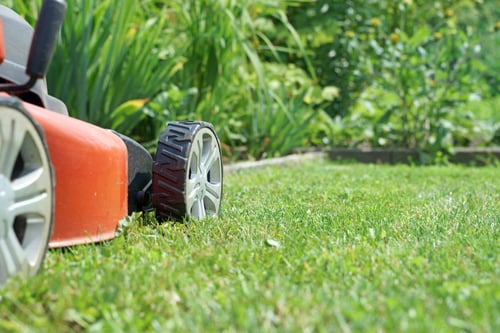 How to Mow Your Lawn Correctly 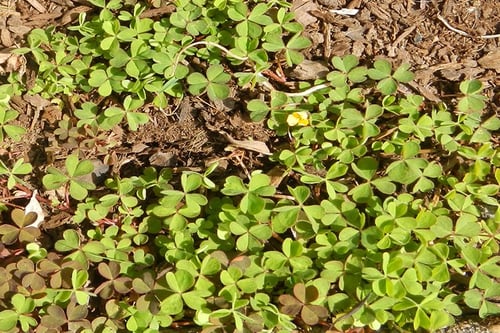 Oxalis Is A Weed But Also A Plant 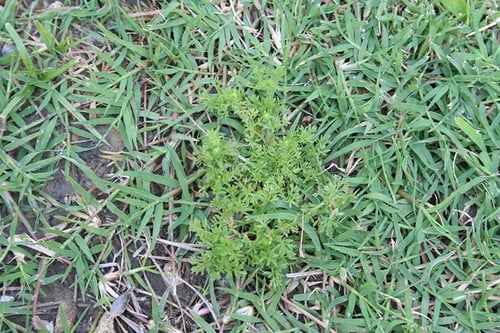 Controlling and Getting Rid Burweed From Your Lawn 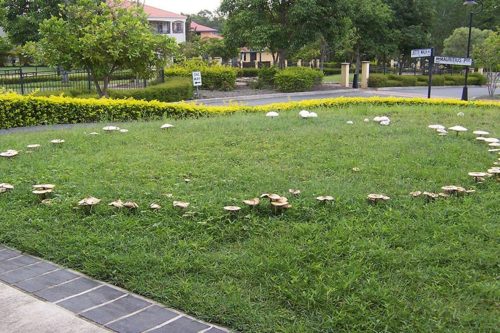 Can Fairy Ring Fungus Be Dangerous? 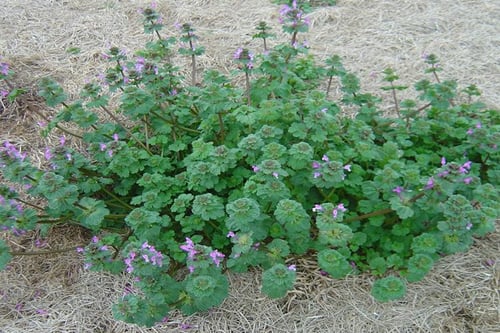 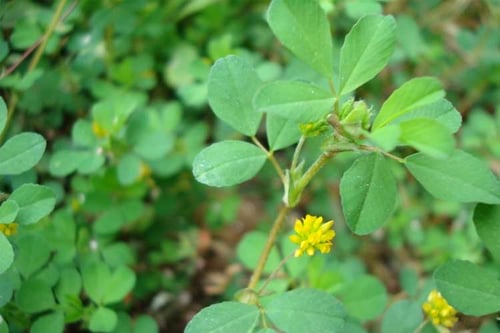